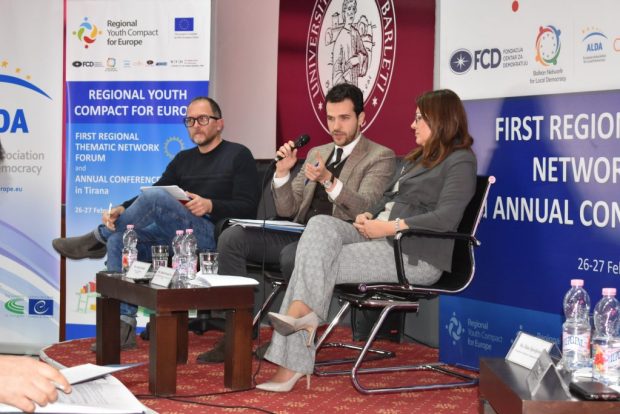 The events were organised on 26 and 27 February 2019 in Tirana with more than 80 participants including representatives of civil society organisations and networks, regional structures, public bodies, academia and youngsters. This diverse public created a dynamic exchange of thoughts and proposals for the key reforms needed for the progress of the society in the Western Balkan countries.

On the 26 February the Regional Thematic Network Forum brought insight into regional structures and policies beneficial for the institutions in charge of the pre-accession processes. The general message transferred through the Forum is that the future of the European Union and the Western Balkans is tightly interconnected and the only way to move forward is together.

On the 27 February the Annual Conference of the ALDA – Western Balkans Network for Local Democracy, which involved local stakeholders from civil society, both public and business sector from the Western Balkans brought positive practices and initiatives that can be replicated in all the Western Balkan countries.

These events were an opportunity for stakeholders in the EU accession processes to network and discuss further possibilities of engagement on regional level.

The Regional Thematic Network Forum and the Annual Conference were organised by Youth Act Albania, in the framework of the project “Regional youth compact for Europe”, implemented by the Center for Democracy Foundation, ALDA and the Balkan Network for Local Democracy, CRTA, Youth Act and Sodem. This project is funded by the European Union and the Balkan Trust for Democracy, a project of the German Marshall Fund of the United States. 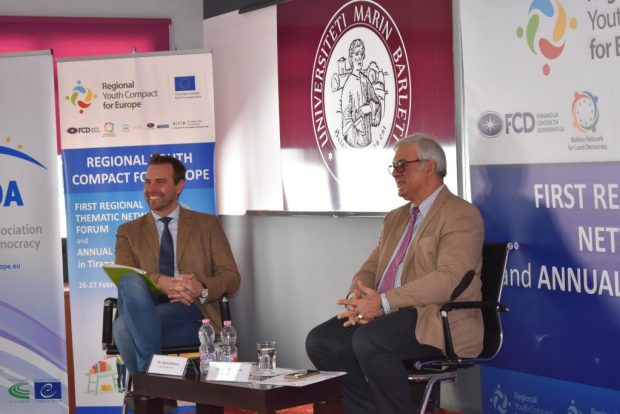 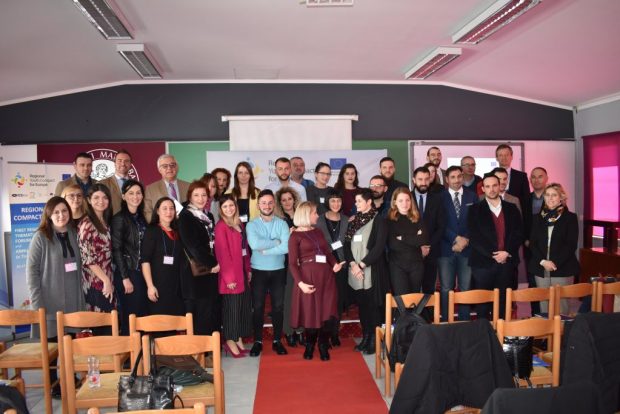